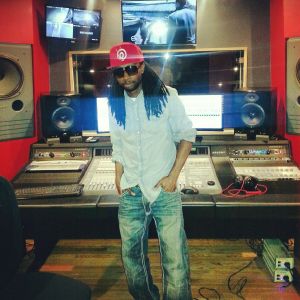 Houston producer Albie Dickson has been shaking the scene for a long while now, not only is he amazing when it comes to his craft but his credibility list has A-list artist. Native artist like Kirko Bangz, Slim Thug, and other Houston celebrities have shared the studio with him. Great talent doesn’t stay underground forever, Albie’s time is here.

Albie developed a desire and passion for music at a very young age. At age 6 his parents gifted him a red drum set, a drum set that caused his passion to evolve. Albie began creating beats at 17 and began producing full records at age 20. Albie believes it is his calling to make music, the reason why God put him on this earth.

“Honestly, being inspired by the greats like Timbaland, Teddy Riley, Quincy Jones, Bryan Cox, Kanye West, The Neptunes, Jimmy Jam & terry lewis made me want to pursue a music career.”

Not limiting himself to a genre of music, Albie is not afraid to try new sounds, and new rhythms. Neither is he scared to work with unknown artist, for they might just be the next superstar.

He desires to be a blessing to every genre and to the ears of the public. Albie has worked with Kirko Bangz, Mannie Fresh, Mosdef, Chamilionaire, Scarface, Juvenile, Kevin Gates, Killa Kyleon, H-Town, Trick Daddy, Starlito, Propain, GT Garza, Day 26, guitarist/ producer Amir Shayegan, Go DJ XO On The Beat and many more. He told us that he would like to collaborate with artist like Miley Cyrus, Rihanna, Usher, and Chris Brown.