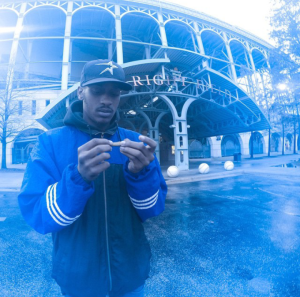 We caught up with Houston’s upcoming artist Dylan Cohl this week where he discussed the release date of his upcoming track, and details about his upcoming project. Dylan will be releasing a new track titled ” Don’t Sweat My Cool” on February 2,2015. he is currently working on a new project which will be different from the last sounds we heard from Dylan which were more on the dark side. His “Short Texas Project” EP will be more up tempo giving his fans something they can vibe to. Most production work on the EP will be produced by Brooklyn also known as Tha Brodee and a couple of tracks produced by Dylan himself.  the EP will also include collaborations from the likes of Tez Tezilla and Loe. Stay tuned for the release date of his EP.