Drake will be releasing a documentary titled “Homecoming: The Lost Footage” on March 19 in select theaters. The Documentary is executive produced by J.Prince CEO of Rap-A-Lot Records and his son Jas Prince. There will be footage from Drake’s 2009 performance in Toronto’s Sound Academy, as well as appearances and commentary from King of the Trill Bun B.

CEO of Rap-A-Lot records JPrince sends out a “Courtesy call” to Diddy, Lil Wayne, and Suge Knight. The tension has been rising after Diddy punched Drake back in December. and for those wondering what does JPrince has to do in all of this, well JPrince has played a key role in Drake’s career and has mentored him throughout the way. JPrince had been in a lawsuit with Cash Money Records a few years ago and apparently it has not yet been settled.

JPrince starts by stating ” Letting them know Drake is family.” he then goes on to addressing Diddy ” First of all Puffy feeling like he can put his hand on my family, open the doors for his family to be touched, you reap what you sow.”

“Suge Knight, I accept any invitation you want to bring, I’m your worst nightmare.”

“And to Baby and Slim, I will not allow it to stay on my track record that Cash Money took anything from me and my son. Do right by me and pay every penny due. I’m not going to lip wrestle with you but if any of you clowns cross me or my family bad news is going to beat you home.” 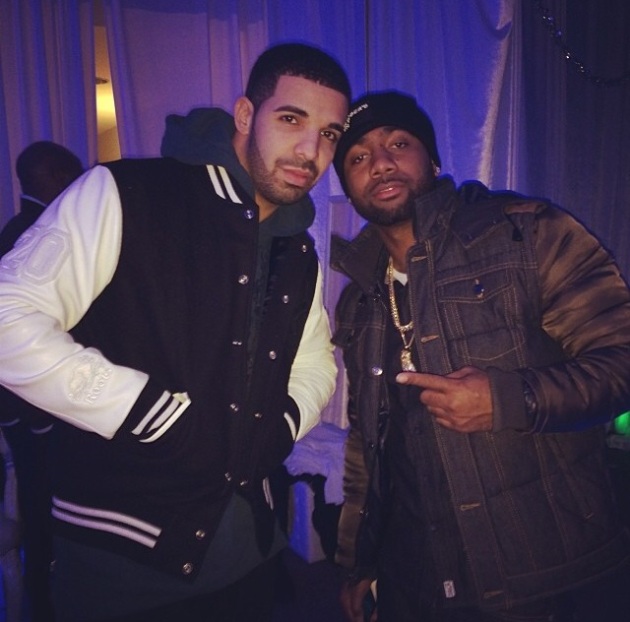 Jas Prince, The man who discovered Drake via Myspace, and the son of Rap-A-Lot Records CEO has dedicated the past couple of years building his record label “YEMG” and empire. Earlier in 2013 Prince introduced his first YEMG recording artist  Nella Tariri, an upcoming artist from Canada who is currently working closely with Jas Prince, Gunnz, who is Jas Prince’s  business partner  and Grammy Award winning songwriter LaShawn Daniels.  Lashawn has worked with many artist from the likes of Tamar Braxton, Whitney Houston, Brandy, Lady Gaga, and Destiny’s Child just to name a few. Jas Prince also took part in Drake’s third studio album “Nothing Was the Same” as executive producer. “Nothing Was The Same” sold an outstanding 658,179 thousand copies the first week, making it Drake’s  3rd number 1 album. Jas has also been in the studio working on his upcoming mixtape, he released the first track off his mixtape back in June 2013 featuring Houston’s own Slim Thug, and recently dropped a second track featuring Soulja Boy and Hurricane Chris. A released date for his mixtape has not been confirm yet, but it is in the works. To start the new year off right on January 3, 2014 Jas introduced the new YEMG signee’s “ SJ3” KT, Desmond, and Tone from South Jersey  via his Twitter and Instagram accounts. Bringing a diverse talent to the music industry,Jas Prince’s main focus is to expand artist careers to reach its maximum potential.  Not only is Jas Prince taking over the music industry, he recently launched an E- hookah collection with his fiancé Christina Milian. Their “Platinum E- Hookah” are a hit in Hollywood, a hookah every celebrity from Paris Hilton, Karrueche, Chris Brown, Soulja Boy, Drake, Slim Thug, Kirko Bangz Trina, and many more are puffing on.

June 2, 2013 –  Jas Prince, The man who discovered Drake via Myspace, and the son of Rap-A-Lot Records CEO J Prince. Jas Prince a.k.a Young CEO announced via his twitter that he will be dropping his first mixtape very soon. And today the Young CEO graces us with a track featuring Slim Thug. Young CEO is known to run the streets of Houston, and I think he just gave H.Town a new anthem. Check it out!